Hail larger than a softball falls in Burkburnett, Texas 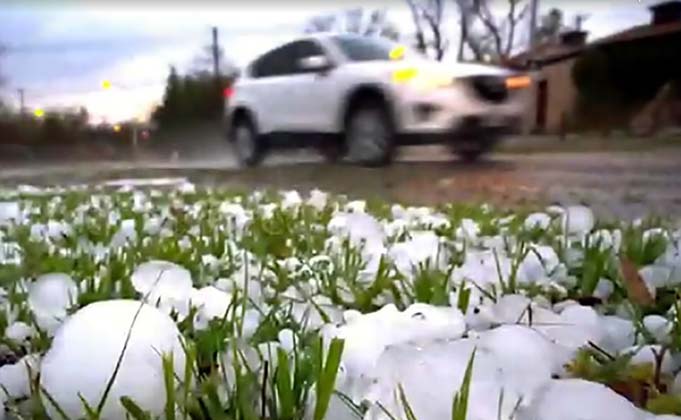 Hail the size of baseballs, softballs and larger pummeled Burkburnett north of Wichita Falls on Friday evening, ripping through roofs and the windshields of cars, according to the National Weather Service in Norman, Oklahoma and social media posts.

Randy Bowers, a weather service meteorologist, said the hail was falling in Burkburnett during a roughly 15- to 30-minute period around 6:40 p.m. The weather service was able to confirm through social media hail as large as 5 and ⅓ inches, which is actually larger than softball-size hail, defined as 4 and ¼ inches, Bowers said.

Thunderstorms formed west of Wichita Falls in the late afternoon Friday, he said, gaining strength as they moved east toward Burkburnett. Residents in the region were under severe thunderstorm warnings before the hail started dropping.

People took to social media Friday night to gawk at the large hail, sharing photos of the hailstones in their hands. Angie McCoy, a Burkburnett resident, took a photo of a hailstone in one hand and a softball in the other hand, which were the same size. Her friend shared it to Twitter.